VICTORY FOR THE PLAINTIFF? – COURT OF APPEALS CLEARS THE AIR ON COMPARATIVE NEGLIGENCE IMPACT ON SUMMARY JUDGMENT MOTION ON LIABILITY.

A recent decision of the Court of Appeal in the matter of Carlos RODRIGUEZ, v. CITY OF NEW YORK has finally resolved a vexing issue regarding the plaintiff’s obligation or otherwise to establish lack of comparative fault in a negligence case. Disregarding the decision of the First Department which on  September 01, 2016 held that the plaintiff seeking summary judgment on the issue of liability must establish, at least, prima facie, as a matter of law, that he is free from comparative fault. The Court of Appeal took the position that the plaintiff should not be required to prove that he is free of fault to prevail on summary judgment.

This case which should generate a storm of procedural nightmare in the coming years, was commenced by Mr. Rodriguez, a New York City sanitation worker injured on the job. After both the Supreme Court and Appellate Division ruled in favor of the defendant, the Court of Appeals overturned those decisions on April 3, 2018.

The factual narrative in the Court of Appeal decision are as follows: “Plaintiff Carlos Rodriguez was employed by the New York City Department of Sanitation (DOS) as a garage utility worker. He was injured while “outfitting” sanitation trucks with tire chains and plows to enable them to clear the streets of snow and ice. The following facts are uncontradicted: On a snowy winter day, plaintiff and his two coworkers were tasked with outfitting sanitation trucks with tire chains and plows at the Manhattan 5 facility. Typically, the driver backs the truck into one of the garage bays, and the driver and other members of the team “dress” the truck. One person acts as a guide, assisting the driver by providing directions through appropriate hand signals while standing on the passenger’s side of the truck. Once the truck is safely parked in the garage, the driver, the guide, and the third member of the team (here, plaintiff) place chains on the truck’s tires. At the time of his accident, plaintiff was standing between the front of a parked Toyota Prius and a rack of tires outside of the garage bay while the driver began backing the sanitation truck into the garage. The guide, at some point, stood on the driver’s side of the sanitation truck while directing the driver in violation of established DOS safety practices. The sanitation truck began skidding and eventually crashed into the front of the parked Toyota Prius, propelling the car into plaintiff and pinning him up against the rack of tires. Plaintiff was taken to the hospital and ultimately had to undergo spinal fusion surgery, a course of lumbar epidural steroid injections, and extensive physical therapy. He is permanently disabled from working. Plaintiff commenced this negligence action against the City of New York. After discovery, he moved for partial summary judgment on the issue of defendant’s liability pursuant to CPLR 3212. Defendant opposed the motion and cross-moved for summary judgment in its favor. Supreme Court denied both motions. In denying plaintiff’s motion for partial summary judgment, Supreme Court held that there were triable issues of fact regarding foreseeability, causation, and plaintiff’s comparative negligence. The Appellate Division, among other things, affirmed the denial of plaintiff’s motion for partial summary judgment (Rodriguez v City of New York, 142 AD3d 778 [1st Dept 2016]).”

Judge Paul Feinman, writing for the majority held that putting the burden of proof on the plaintiff to show absence of fault would be inconsistent with state law. A 1975 statute quoted by the court directs courts to evaluate  plaintiff’s comparative fault only at the damages stage of a case. The New York State Assembly passed Article 14-4 in 1975, which established New York as a comparative-fault state.

Expectedly, during a trial, the judge or jury will have to determine comparative negligence of the plaintiff. It seems the Court of Appeal has now pushed the issue towards the end of the trial, when damages are determined. The decision certainly gives the plaintiff more leverage to secure a more favorable settlement in the middle of trial.

Additional, when the injured plaintiff prevails on a summary judgment motion, even with some comparative negligence, it puts tremendous pressure on the defendant or carrier to put money on the table.

Here is a link to the decision.  https://images.law.com/contrib/content/uploads/documents/389/26624/CoA-negligence-ruling.pdf

Please fill out the form below and one of our attorneys will contact you. 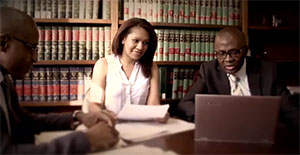